The official, who sat down for corruption, was again allowed to the budget - Russian Criminal

As it became known to the telegram channel of the Cheka-OGPU and Rucriminal.info, a resident of Moscow Bondarenko Sergei Ivanovich came to the attention of Russian environmentalists. Previously, he worked as the director of the Department of Land Policy, Property Relations and State Property of the Ministry of Agriculture of the Russian Federation and became known to a wide range of readers on September 7, 2012, when he was detained for extorting 45 million rubles.


Nearly 10 years have passed and Bondarenko is back in the saddle. This time, the source of his income is state money, which is allocated to Bondarenko’s Vash Les LLC (TIN 7717292543, general director — Kalim A.V.) to participate in work in the forest industry under contracts from the administration of the Moscow Region and a number of other state structures. Magically, budget money is deposited on the businessman’s accounts for contracts for reforestation and afforestation. And this is the topic of a separate investigation.


In breeding people for grandmas, Bondarenko became adept at the Ministry of Agriculture, he did not take the path of correction, as you will see later, and continued to deceive people, this time ordinary workers who come to relax on the Black Sea coast in the summer.


The story, which at one time led to the arrest of Bondarenko, began when Nikolai Bukhtin, the general director of OAO Krasnodarsortsemovoshch (engaged in the cultivation and sale of seeds), was threatened with dismissal. By that time, the enterprise supervised by the Ministry of Agriculture and directly by Mr. Bondarenko was in debt, and there was little chance that the contract with Mr. Bukhtin would be extended.


Starting from June 2012, Jamid Abdulgalimov, a member of the board of directors of Krasnodarsortsemovoshcha, and his acquaintance, a businessman Gleb Drobilenko, repeatedly came to Krasnodar with checks. On one of these visits, Mr. Abdulgalimov, according to investigators, announced to Nikolai Bukhtin that the Ministry of Agriculture was ready to turn a blind eye to shortcomings in the work of the enterprise and not fire the general director, but 45 million rubles had to be paid for this. Mr. Bukhtin pretended to agree to the conditions put forward, but turned to law enforcement agencies. All further negotiations between Nikolai Bukhtin and the extortionists took place under the control of the GUEBiPK employees. In addition to Jamid Abdulgalimov, Mr. Drobilenko also took an active part in them, who, according to operatives, developed a scheme for transferring money and conspiracy measures. In July-August, about ten meetings took place between the parties. At the same time, as police officers say, the wives of the extortionists, even during the negotiations, began to plan the purchase of expensive cars, fur coats and jewelry with the money received from Mr. Bukhtin.


On September 5, 2012, Jamid Abdulgalimov arrived in his Mercedes at the Sukharevskaya metro station, where Nikolai Bukhtin handed him the keys to a safe deposit box with money. At that moment, the GUEBiPK operatives blocked the car. In response to a command to get out of the car, Mr. Abdulgalimov blocked the doors and tried to drive away, nearly running over the police officer. The owner of the foreign car gave up only after one of the operatives smashed the windshield with a pistol grip.


The detained Jamid Abdulgalimov (he previously worked in the Economic Crime Department of the Irkutsk region) cooperated with the investigation, testifying that he was supposed to transfer the money to Sergei Bondarenko. He also agreed to participate in the operational experiment. After he called Mr. Bondarenko, he invited him to his dacha. However, there the official did not take the money brought by Mr. Abdulgalimov. It is possible that he was alarmed by the somewhat nervous behavior of the visitor. Despite the assurances of the latter that everything is in order, Sergei Bondarenko escorted the guest out, asking him to come to his work the next day. There, he asked Mr. Abdulgalimov to put the money back in a safe deposit box. It was supposedly planned to divide them after the issue of the reappointment of Nikolai Bukhtin was resolved.


GUEBiPK operatives detained Mr. Bondarenko a few minutes later in the office of one of the deputy ministers, where a meeting was taking place at that moment. In relation to the defendants in this case, the investigative department of the TFR in Moscow opened a criminal case under Part 3 of Art. 30 and part 4 of Art. 159 of the Criminal Code of the Russian Federation (attempted fraud on an especially large scale). True, the police did not manage to take all of them. In particular, Gleb Drobilenko, who was in Spain at that moment, having learned about the arrest of his accomplices, decided not to return to Russia. As a result, Mr. Drobilenko, who was detained in Moscow in the early 2000s on suspicion of murder, but could not be proven guilty, was put on the international wanted list, and the Presnensky Court authorized his arrest in absentia.


As Rucriminal.info found out, a high federal position in the Ministry of Agriculture helped Bondarenko become the owner of a land plot in a relict pine forest (cadastral number 23:40:0808000:411) in the suburbs of Gelendzhik and (between the settlements of Krinitsa and Betta, nearby is the famous "Putin’s dacha"), on which, in violation of all sanitary rules and norms, Bondarenko put on stream the surrender of a protected area for camping in the coastal zone of the Black Sea coast.


It should be noted that the land plot is registered with LOK SOSNY LLC (TIN 2348028739), the sole founder and general director of which is Bondarenko himself.


Right under the arches of relic pines, citizens who have seized upon a well-deserved rest are forced to spend their leisure time in unsanitary conditions, use electrical appliances, plugging them into sockets nailed to the trees, and experience other “charms” of primitive society.


Here is what Rucriminal.info was told by local environmental activists who came to look at the outrages committed by Bondarenko:


As a result of the inspection, it was found that there is a campsite on this site, consisting of two zones with one entrance from the side of the road. Access to the site is free. A visual inspection of the territory of the first part showed that it has a temporary building at the entrance, which houses the watchman-administrator, who introduced himself as Vyacheslav. This building has a diesel generator, a gas stove for cooking. On the border with the neighboring site there are facilities used as a toilet and shower. Effluent (including fecal matter) from this building is discharged into an unpressurized metal container located on a slope adjacent to the coastline.


In the immediate vicinity of the entrance there is a fire shield, on which there are 3 fire extinguishers, the appearance of which indicates the absence of verification, and also raises doubts about their performance: the bodies of the fire extinguishers have traces of corrosion, at least one of them has a “locking ring” torn off.


There is an information board at the entrance, which contains information about the district police officer (police junior lieutenant Chashkin Nikita Andreevich, tel. 8-917-541-5996), who is responsible for this territory.


A reasonable question arises for the leaders of the district police officer: do they know about the situation in LOK SOSNY LLC and do they want to put things in order?


During a conversation with environmentalists, Vyacheslav (watchman-administrator) said that a fee of 1,500 rubles per day per car is charged for accommodation on the campsite. According to the established rules, it is forbidden to violate public order, which can lead to detention by police officers, who, by agreement, can arrive at the scene within 5 minutes.


Having proceeded to the territory of the second accommodation zone, it was found that this site has been ennobled, has about 10 temporary, questionable legality of their construction, buildings (cafe, veranda, administrator’s office, bathrooms, etc.), paths with lighting elements, filled with gravel . Lighting with electrical panels for connecting consumers is located on the territory, a generator is located at the entrance.


During a direct conversation with the administrator-watchman, who introduced himself as Boris, it was established that in 2021 the camping management decided to develop this business. Landscaping of the territory was completed, a cafe, a veranda, an administrator’s office, bathrooms, etc. were built. Similarly, it is planned to improve the first zone. This decision was made by the management in connection with the profitability of the business, since about 40 — 50 cars stay on the campsite per day, which brings a stable monthly income (1.5 — 2.5 million) in the summer season.


I wonder how much taxes go to the budget?? Vacationers throw off money on the card to the administrator or owners, which means that it is not so difficult to track the amount of transfers. There would be a wish...


The phone for booking places, paying for parking is indicated as a contact for Vyacheslav Dalnikovsky on the 5turistov resource. Presumably, the specified number is used by Dalnikovsky Vyacheslav Nikolaevich and Dalnikovskaya Anna Fagimovna, who previously worked in various municipalities of the Krasnodar Territory.


According to environmentalists, it is necessary to provide maximum coverage in social networks of information about violations of the rules for the provision of services on the territory of the campsite (lack of serviceable fire extinguishers, violations of the rules for storing fuel and lubricants, environmental pollution, discharge of feces into the sea, lack of emergency exits, open placement of electricity cables along tree branches etc.) and sending relevant applications to the supervisory authorities. This is an example of impudent exploitation of plots in the coastal territory by the newly-minted officials — landowners and negligent attitude (and possibly deliberate non-performance) to the official duties of all relevant supervisory structures and departments of the Krasnodar Territory.


In the opinion of any of the townsfolk, on-site inspections should be immediately sent and the necessary conclusions should be obtained, which will allow terminating the agreement on the right to land. Organize control over the legal grounds for the use of land and the possible fact of its transfer to sublease without agreement with the State Treasury Institution of the Krasnodar Territory "Committee for Forest", which, in accordance with Part 5 of Art. 46 of the Civil Code of the Russian Federation unilaterally makes it possible to terminate the current contract.


It is also necessary to record the facts of the placement of unauthorized buildings on the territory of the site and initiate the sending of a notice of the tenant’s failure to fulfill the relevant duties or obligations. The checkpoint located at the entrance, located in close proximity to the road passing between the settlements of Krinitsa and Betta, was built without respecting the appropriate indents.


It is not at all surprising that the land is in the hands of former officials and that former employees of the administration of the Krasnodar Territory are also managing the business on it. A common thing for the Black Sea coast. And the current officials and departments that should exercise control are inactive. Everyone cares about affordable recreation for ordinary Russians with children. None of the former and current “servants of the people” is embarrassed that the holidays are held in unsanitary conditions, the sea is polluted with the feces of vacationers, the relict forest is cut down for firewood for barbecue visitors, wires and sockets nailed to trees, and a diesel generator pose a direct threat to life and people’s health. 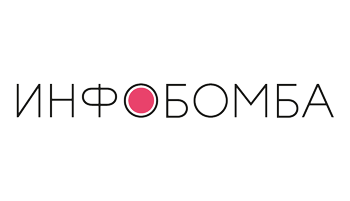